Home
Sacred Knowledge
How did the early Islamic empire expand? 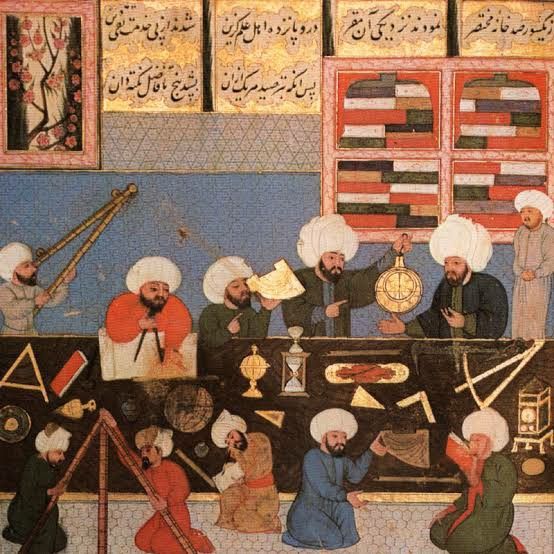 The Early Muslim Expansion is a story of sheer will and valour. Arab Muslims, a forgotten and undermined group, wreaked havoc on the two great powers of the time, The Roman-Byzantine Empire and the Sassanian Empire.

Under the leadership of great and skilful commanders, Muslims defeated the two great powers, battle after battle, until they had expanded their borders from Egypt to the central parts of Asia.

Below are the complete details that explain the entire Muslim expansion that ranged over the first three great Muslim Caliphates.

During the time of the Holy Prophet (pbuh), Muslims had conquered the majority of the Arabian Peninsula. Once the Muslims conquered the Holy City of Makkah, they had become a truly significant power.

After the Prophet’s demise, Hazrat Abu Bakr (RA) was elected as the First Caliph of Islam. After fighting the Ridda wars (wars with false prophets and hypocrites), the Caliph sent out an army under Hazrat Khalid Ibn Al Walid (considered one of the greatest, if not the greatest General of all time).

In his first campaign, the 18000 strong army under Khalid attacked the Sassanid Empire and in a string of quick attacks and victories, he conquered the now known Iraq.

He was then ordered to move into Syria (under the Byzantine Empire) and lead the invasion force with five notable Muslim Commanders.

During the reign of the second Caliph of Islam Hazrat Umar (RA), The Muslims, first under Khalid and then under Abu Ubaydah, conquered the Levant and Syria. Then, under Amr Ibn Al Aas (RA), the Muslims conquered Egypt and much of North Africa.

Under the third Rashidun Caliph Hazrat Usman (RA), the Muslims further expanded into Iran in the east, putting an end to the centuries-long Sasanian empire, and took larger parts of the Byzantine Empire including Armenia, and North Africa.

The expansion came to a halt when the fourth and the last Rashidun Caliph, Hazrat Ali (RA) came into power. A civil war was fought between Muwaiya and Hazrat Ali (RA) which is now known as the First Fitna. After the demise of Hazrat Ali (RA), His eldest son Hazrat Imam Hassan (AS) handed over the Caliphate to Muawiya after staying in power for six months.

Although the rule of the Rashidun Caliphs (the rightly guided Caliphs) was over, no one can ever forget the role they played in expanding Islam and the borders of the Islamic Empire.

The Umayyads relocated Makkah’s capital to Syria and replaced tribal customs with an imperial authority headed by a monarch.

The Umayyads replaced the administrative language with Arabic which was earlier in Greek, Persian, and Coptic. They enforced the Arabic language to be a component of Islamic identity.

Most subjects remained non-Muslim because the Umayyads did not actually encourage conversion. The Umayyads enhanced their political expansion by making a special tax on non-Muslim subjects. That’s why they were not in favour of non-Muslims accepting Islam.

The Abbasids, who deposed the Umayyads and relocated the capital from Damascus to Baghdad, were the first to make a genuine attempt to incorporate Greek science and philosophy into Islam.

Unlike the Umayyads, who retained Arab tastes and customs, the Abbasid rulers envisioned an Islamic government founded on religious allegiance rather than ethnicity or race. This allowed people of all ethnic, racial, and intellectual backgrounds to mingle and exchange ideas on an equal footing.

Islamic art and culture flourished during the Abbasids. Their reign was considered the Golden Age of Islam. Ulema, or religious scholars, built more defined religious structures as well as judicial functions and legal systems.

Many people embraced Islam during the Abbasid era for a variety of reasons, including serious beliefs and the desire to avoid paying non-Muslim taxes. As a result, Islamic culture flourished throughout the Abbasid Empire.

With the Abbasids, the government at that time included more non-Muslims as well as non-Arabs. Several fragmented political organisations emerged after the collapse of the Abbasid empire, some of which were governed by non-Arab Muslims.

As they strove to solidify their influence in different locations, these forces continued to develop in their own ways, embracing and putting out distinct understandings.

By Use of Powerful Military

Islam was first spread with the help of powerful military victories, which took place relatively quickly after Islam’s founding. Battles fought by the Muslim military were;

All these battles are well-known and discussed by the Quran at different stages. For better understanding, read a translation of the Quran.

A little over a third of those who were subject to Arab Muslim authority converted to Islam instantly. Muslims did not become the majority within Islamic empires until the end of the eleventh century, centuries later.

Spread of Islam by Trade Routes

Islam was disseminated in various ways by merchants, preachers, and pilgrims. Native people were slowly affected by these exchanges, which led to further conversions to Islam.

Local cultures interacted with Islamic concepts as they travelled along various business and trade routes which resulted in new and different interpretations of the religion.

During the Umayyad and Abbasid caliphates, the caliphate — a new Islamic governmental structure—evolved and became more sophisticated.

Islam Offers Attractions to Other Societies

Other societies found Islam appealing for a variety of reasons. Its central idea that all Muslims are equal made conquerors and new rulers more acceptable.

The tradition of merging political and religious powers as a ruler was appealing to some other kings as a manner of bolstering authority.

Because its commanders conquered neighbouring lands, Islam spread swiftly. As Muhammad (pbuh) and subsequent Muslim leaders conquered territories in the Middle East and beyond, they propagated Islam’s doctrines.