From Volunteer to House of Lords – Shaista Gohir celebrated 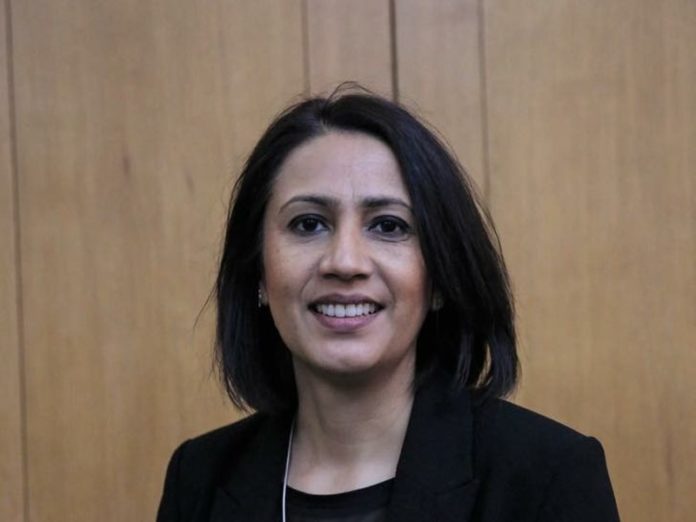 From Volunteer to House of Lords – Shaista Gohir celebrated

Shaista Gohir becomes the first Midlands Muslim woman to enter into the House of Lords. She was elected on the 17th May as a non party political peer on the crossbench. This is a huge win, not just for Shaista, but for all the women that she will be representing in the House of Parliament.

Shaista’s achievement is even more admirable because of how slim the chance was of being appointed. There are two routes into getting into the House of Lords. One is if the Prime Minister nominates or appoints a crossbench peer; the other is going through the House of Lords process, which is an independent and vigorous method awarded on merit. Despite their being hundreds of applications and it being a slim probability, Shaista made the cut. We caught up with her about her significant achievement.

“I’m glad they recognise the work in the charity sector. The crucial point is that I was told I’m filling an intellectual gap in knowledge on the rights of ethnic minority women, particularly Muslim women. We’re high up in the public policy agenda, and we’re always talking about Muslim communities for one reason or another, so in a way, there are a lot of inequalities that we face as a community.“

Shaista talked us through the importance of her role.

“My position will be at the heart of law making. I’d be able to offer amendments, and the parties will vote on them. Sometimes, legislation is passed after a series of amendments made by people in the House of Lords. By doing this, it makes legislation much fairer and stronger.

“Sometimes laws get through by two three votes, and as a crossbencher I’ll play quite important role. Quite often, different parties are pressured to vote in a particular way. People in the middle, which is people like myself, are quite a powerful block, because no one tells us how to vote. We can vote how we want too, according to our personal conscience & beliefs.

“The role that I would be playing is raising issues of what I’m passionate about, which is women’s rights, women’s health, particularly women from ethnic minority communities, and the NHS as I sit on the hospital board. I can ask questions, I can challenge the minister and propose amendments.

“I can take my lived experiences and expertise to the House of Lords. It’s not something I’m reading in the paper, we’ve got a helpline, we’ve got membership, we do research. All of my knowledge is actually coming directly from my charity, which is a national charity based in Birmingham.“

Shaista Gohir is a leading women’s rights campaigner in the UK. She uses Muslim women’s voices and their diverse experiences collected through membership, research and helpline data to promote social justice. She gained this expertise through her work at the Muslim Women’s Network UK (MWNUK), which she leads as Co-Chair. Shaista also has an OBE, which is a British Honour awarded by the Queen to recognise extraordinary contributions to the country.

Whilst Shaista has reached a huge milestone in her career by being appointed in the House of Lords, she has been working for the community for over 15 years, and has humble beginnings.

“Volunteering is the reason why I’m here today.”

“I was a volunteer once and the Muslim Women’s Network UK was just an informal group; a bunch of women that were just talking with each other. They were talking to government about what their opinions were, but it was not a registered group. I started out as a volunteer as one of those people in that group back in 2005.

“From a volunteer, I became its first and only employee in 2007 – 2008. Since then, we’ve grown it to 15 staff members now. I’ve set up a faith and culturally sensitive counselling service, I’ve set up a helpline, I’ve got membership. I’m in the middle of finishing a domestic abuse app. I’ve done research on all kinds of things, and I’m just about to launch Muslim women’s experiences of maternity care, and Muslims experiences in the criminal justice system.

“Volunteering is so important. I was a volunteer and grew the organisation and then went on to the board, and now I’m in the House of Lords. We had a team meeting the other day and nearly everyone except one person in my staff had come through the volunteering route.

“When I started my volunteering, I was a housewife, and my children were aged one, two, and three. I would take them with my buggy and it was incredibly difficult. I wouldn’t have thought back then that my hobby would turn into this.

“I want this to be a lesson for everyone else. Just get going. If you’re passionate about something, do it, because you don’t know where it will end up in 5/10 years time.”

We look forward to following Shaista and seeing the strides she takes in influencing policy and supporting marginalised and minority women.