Four popular fiction novels by Muslim women that you must read 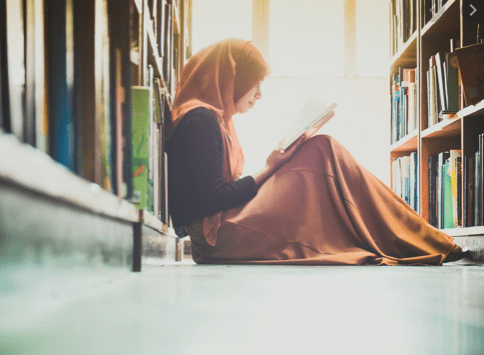 Four popular fiction novels by Muslim women that you must read

Every once in a while, it’s nice to sit down in your comfiest chair and unwind with excellent science fiction, fantasy, or dystopian novels that can transport you to a different world. It’s a shame that only a few of these amazing novels and series are written by Muslim women.

In an industry that is selective and fast-paced, it’s crucial to have Muslim authors to increase representation. We need more Muslim authors, especially when our faith has become such a stigmatised and conflicted topic. We need the public to know that Muslims are just as smart and talented in writing fiction as everyone else.

But while we’re waiting for the new generations of Muslims to buck up their courage and write accurate Muslim portrayals into their fictional stories – or even just write a banging fantasy novel that exceeds expectations – it’s important to support those Muslim authors who have successfully and against all odds made a clear name for themselves and their books in the industry.

The books listed below have not only garnered huge fan followings, but have also become a staple in every book obsessed person’s library. These authors have taken charge and begun further diversifying the publishing industry. With mind-blowing plot, spectacularly diverse and relatable characters, and a seat-gripping drama and suspense, these novels are ones that every young Muslim should read. Here are four popular fiction novels written by Muslim women that you have to read:

Tahereh Mafi is perhaps one of the earliest Muslim fiction and YA authors. She’s a New York Times bestselling author and a pioneer amongst Muslim science fiction writers. Mafi is an Iranian-American. She and her husband, Ransom Riggs-both authors by profession-live in Southern California with their daughter. She published her first novel, Shatter Me, in 2011 at the young age of 23.

Shatter Me is a dystopian thriller about a 17-year-old girl named Juliette who can’t touch anyone without killing them. Set in a futuristic, dystopian world ruled by The Reestablishment, the protagonist, Juliette, is imprisoned on the grounds of murder for accidentally killing someone. But as the world crumbles and more people die, The Reestablishment are rethinking their decision of throwing Juliette in prison. Will she join the Reestablishment as a weapon, or will she rebel against them and become a warrior?

An Ember in the Ashes Series

Sabaa Tahir is another highly looked up to YA and fiction and New York Times bestselling author. Her fantasy series An Ember in the Ashes was part of Time Magazines 100 Best Fantasy Books of All Time this year. She’s a Pakistani-American, living in the San Francisco Bay Area with her husband and two children. Her debut novel, An Ember in the Ashes, was published in 2015.

An Ember in the Ashes is a dual-perspective fantasy novel. It follows the journey of Laia, a slave looking for her brother, and Elias, a soldier working for the Martial Empire. Set in an ancient Roman inspired world, Laia is forced to go undercover as a spy in the Martial Empire’s greatest military camp for information on her brother from the rebels. There, she meets Elias, who wants to be free and is unsure of whether he wants to assist the Martial Empire and their plans to rule the world. From here, they embark upon an entwined and destined adventure.

Shannon A. Chakraborty is a highly acclaimed speculative and historical fiction author. Her critically acclaimed debut novel, The City of Brass, became the finalist for many prestigious awards. She was born and raised in New Jersey to Catholic parents, but converted to Islam when she was a mere teenager. She currently lives in New York with her husband and daughter. Her first novel was published in 2017.

The City of Brass is a Middle Eastern inspired adult fantasy novel set in a mythical city of Daevabad. The novel follows Nahri, our female protagonist, who is a thief living in Cairo in the 1800s. Nahri doesn’t believe magic exists but isn’t able to explain the mysterious powers she has either. One day she accidentally summons a centuries-old warrior djinn. She’s then thrust into the political and fantastical world of djinns, fire creatures, and magic she’d only ever heard about in stories. Nahri is now learning the true meaning behind magic and her unlikely abilities and has to come to terms with who she is and the roles she’s about to play in a complex political war.

We Hunt the Flame Duology

Hafsah Faizal is our final author on the list. She was an instant New York Times bestselling author with her debut novel We Hunt the Flame that was published last year. She’s been welcomed into the world of writing with a good deal of praise from accomplished writers and is cementing her legacy in place. She’s of Sri Lankan and Arab descent and lives in Texas with her parents and siblings.

We Hunt the Flame is an Arabian inspired fantasy novel about Zafira, a hunter forced to disguise herself as a man in order to save and feed her people. Nasir, Prince of Death, kills anyone that defies his father, the king. Set in the Kingdom of Arawiya, and as war draws closer with the ever-looming presence of the Arz, Zafira is tasked to retrieve an ancient artifact that can restore the kingdom’s magic. Nasir is tasked by his father to destroy the artifact and kill the hunter after it. But as evils continue to stir, can Zafira and Nasir complete their respective missions? Or will they be caught up in a much larger game?