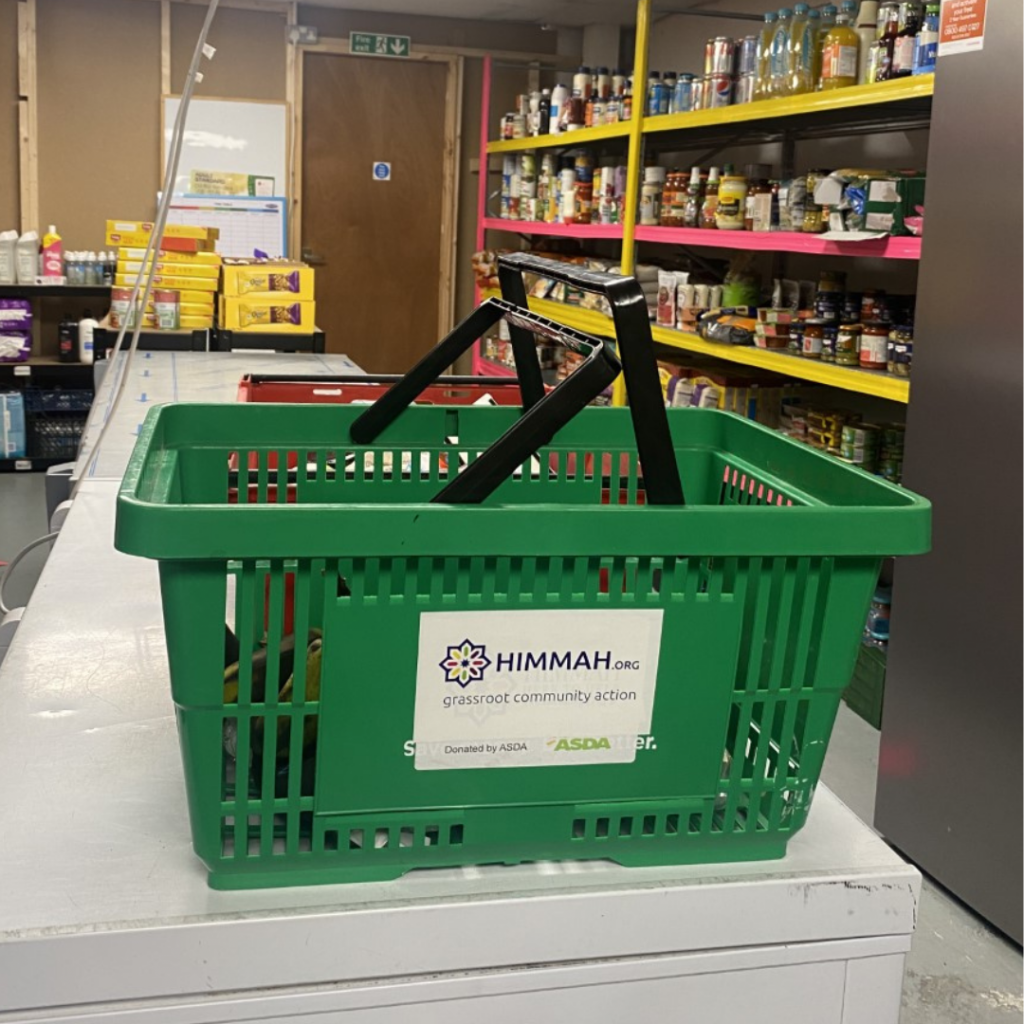 The cost of living crisis doesn’t seem to be slowing down any soon, and charities supporting the most vulnerable are feeling the strain.

Himmah are a Nottingham-based food bank tackling food poverty and racism in the local community. In May alone, they delivered 1,279 food parcels.

Deputy Director Shoana showed me around the food bank, and looking around it was clear to see that every space was being utilised in the unit. Despite this, the demand far outweighs the capacity that Himmah is able to support.

Unlike the stereotypical sights of the shelves you’d expect to see at a food bank, tins were replaced with kombucha drinks, jarred asparagus and kale crisps; not the everyday grocery shop, that’s for sure. The fact that these items are donated more highlights just how far the effects of the cost of living crisis has extended. Shoana also noted the lack of treats donated to the food bank.

“We hardly ever get biscuits or chocolate.”

“Before our food parcels used to be really amazing and the halal and non-halal food parcels would be so different. Now they are quite similar. The quality of the food has gone down, and we get a lot less stuff that’s directly usable.

“We had crates of dried mushrooms delivered, and it’s so hard to get rid of them. We barely get the things you traditionally think of in food parcels, like soups, beans, rice pudding, and custard, the things that can fill someone’s stomach.

We also spoke to Charlie, a recent graduate and long-term volunteer of Himmah, regarding their demand.

“For Christmas, we made a commitment to give parcels to kids on free school meals because they didn’t get them over the holidays. In about a two-week period last year, we did 2000 food parcels, with 600 of those being for schools. To be very blunt, we don’t know if we’ll be able to make that commitment this year.

Since I’ve been here, I’d say it always permanently feels like crisis management is not a week that you sit back, or have a full warehouse.

Food poverty has reached an all-time high in the UK. The Trussel Group, a food charity dedicated to changing the landscape of food poverty and eradicating food banks, released stats that showed 2.1 million emergency food parcels were delivered to people in crisis between April 2021 – March 2022. This was a 14% increase compared to the year previously, and 832,000 of these parcels went to children. In 2018, they also found that the average household that uses food banks had £50 after rent. In our current post-pandemic climate, I’m sure the figure is something much bleaker.

You don’t need to be on the breadline to be affected by the cost of living crisis. It’s easy to see in Supermarkets, fuel prices, rent and general day-to-day living costs by everyone. It’s suffocating the whole nation, and it seems that the crisis shows no sign of stopping.

“I think it’s gonna get worse. We should see the demand tail off over summer, and it hasn’t started yet. Which means how are we going to get through?

“We’re going to be letting down the most vulnerable because we don’t have enough food. The knock-on effect from supermarkets having a few fewer lines on their shelves means we don’t have food.”

Himmah are not just dedicated to supporting people with food parcels, but also hope to give users food independence and be more sustainable in supporting the community through their food pantry.

The food pantry comprises of surplus stock that’s sold to the public at a largely discounted rate, giving the individual more freedom to choose. This will also encourage users that are suffering but are reluctant to use food banks due to the societal stigma attached.

“What we’re finding is that people come to the food bank to collect their parcel, they’re getting inquisitive about what the food pantry is. If they’ve got two or three pounds on them they’ll often do a quick shop, and then the next week they might be able to budget for the pantry instead of using a food parcel.

Whilst the food pantry has been a success, Shoana shared her concerns regarding the demand.

“We want to promote it and show people they have options other than the food parcel to give them more independence with how they eat, but we can’t afford to do it. We can’t handle the influx every time we promote it.“

Despite the constant pressures Himmah face, the passion they have for the people is evident to see.

“I’ve spent 25 years of service in these types of sectors and this is the smallest charity I’ve worked for. Previously in my other roles, I’ve been left frustrated at some of the things I’d like to see. What’s been luxurious for me here is seeing things get done.

“I feel like I can see full-circle solutions to things. if you’ve offended and you need an opportunity, we’ll see how we can help you. If you come into the country and you need to build some skills, we’ll see if we can accommodate that.

“I love being surrounded by the next generation who are on fire about their passions.

“I know young people get painted as a flaky generation, but I feel very optimistic about them. For Muslims, we’ve been so badly polarised in the press and within the Western world. We don’t have that here. Everybody comes in and we’re all at one. Our differences and nuances make us, but we’re all equal.

Charlie also added his own experience volunteering at Himmah. “Everyone knows each other and gets on really well and you do like being part of something bigger. Every volunteer gets to use their skills which has been a real success. There is a real sense of belonging.”

If you want to get involved, check out the Himmah website, or get involved with their fundraising Snowdon trek.