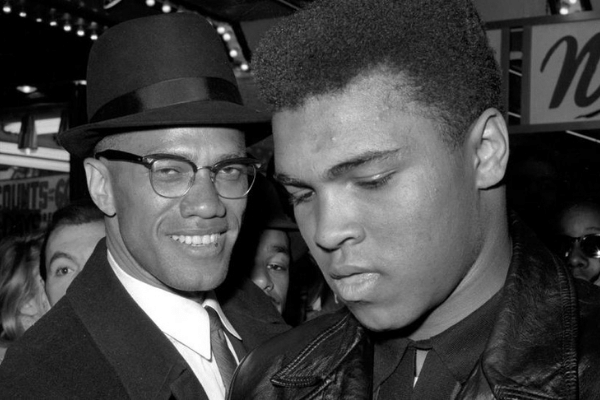 This October, in honour of Black History Month, we want to celebrate Black Muslims. Since the beginning, Black Muslims have played an important role in the development of Islam.

These are five of history’s most influential Black Muslims:

Bilal, the Prophet Muhammad’s (PBUH) best companion, began his life as a mistreated slave in Arabia. He went on to be one of the Holy Prophet’s most devoted followers.

At a time when racism was rampant in Arabia and many Arabs owned slaves, the Prophet personally appointed Bilal to be the first Muslim to climb the Ka’ba and recite the Muslim call to prayer, demonstrating that virtue, not a race, determines a man’s position.

Abu Uthman Amr, commonly known as Al-Jahiz, was a well-known theologian and one of Islamic history’s most influential writers.

Al-Jahiz, who was born in Basra and lived into the ninth century, produced nearly 200 works on themes as diverse as Arabic grammar, zoology, poetry, lexicography, and rhetoric. He also authored a well-known book about Black Africans, praising their courage, charity, nobility, and cheerfulness, as well as describing how skin colour was a natural result of environmental circumstances, refuting racist beliefs about why Africans had darker skin.

Asma’u was the daughter of the founder of the Sokoto Caliphate and was a princess, a famous poet, and a teacher. She was named after Asma bint Abu Bakr, a female companion of the Prophet Muhammad (PBUH), and was born in the early 1800s.

She earned a PhD in Quranic studies, was fluent in four languages, and was regarded as a notable female scholar. She was passionate about Muslim women’s education. Her work focuses on women’s rights under the Prophet’s Sunnah and Islamic law.

In Nigeria, Asma’u is regarded as a role model for Muslim women in terms of education and independence.

He is famous for his fiery and outspoken statements in the face of White America, where he was unafraid to call out White America for its historical crimes against Black people.

Born Cassius Marcellus Clay Jr. he converted to Islam in the 1960s. He devoted his time to Islam and philanthropy after retiring in the 1980s.

Even at the height of his success, Ali never shied away from expressing his religious beliefs.