Da’wah is not Clickbait: The Commodification of Modern-day Dawah

Home
Community
Da’wah is not Clickbait: The Commodification of Modern-day Dawah 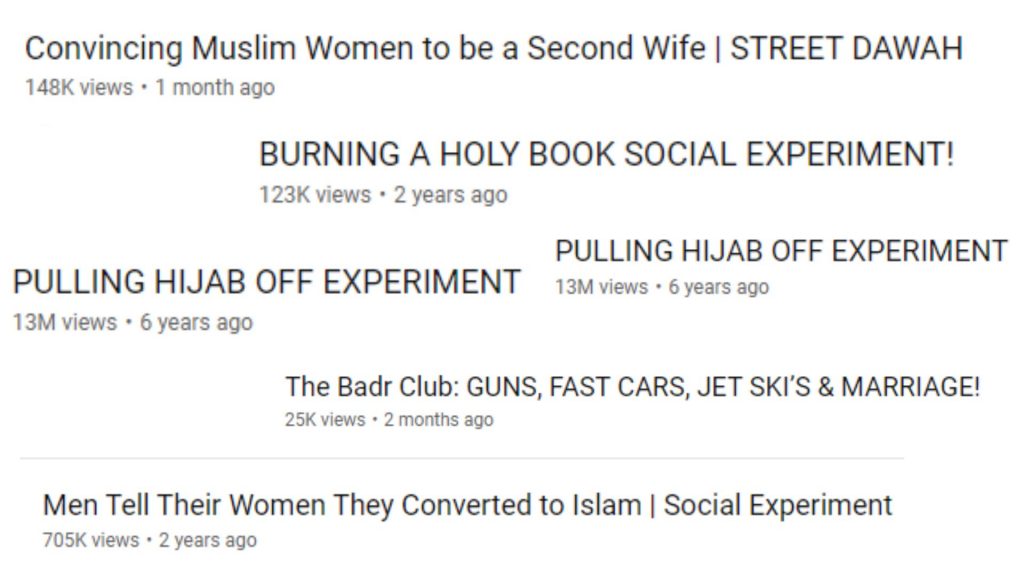 Da’wah is not Clickbait: The Commodification of Modern-day Dawah

For Muslims living in the West, we too, are subject to this ideology. Over time, this has led to parts of our faith being commodified. One such thing we’re seeing is a shift in the way da’wah is conducted.
If we think back to how da’wah used to be done, it was a humble exchange of sharing and talking. Now, some have morphed it into a form of entertainment and status.
Joseph Nye, a political scientist, coined the terms hard and soft power. According to Nye, control is exerted over society by two means.
Hard power is based on strict military intervention, coercive diplomacy and economic sanctions. It relies on tangible power sources such as the armed forces or economic means.
Soft power is the ability to persuade others to do what one wants through intangible power sources such as culture, ideology and institutions.
Soft power has a huge influence on all our lives, and it is ingrained into the very structures of our society that serves a bigger agenda.
In a world that’s become overcome with technology, clickbait and celebrity culture, we have all become vulnerable to these coercive and enticing forms of soft power.

Modern-day da’wah has adopted a street performer style. It mimics a modern-day formula that follows the patterns of a viral video in the making.

Combining da’wah with entertainment value dilutes the message of Islam and promotes one that’s contingent on western/societal approval. It’s given rise to a celebrity-like hierarchy within the Muslim influencer world.

Ibn Abi Dunya reported: Bishr ibn al-Harith, may Allah have mercy on him, said, “A man will not find the sweetness of the Hereafter if he loves to be known by people.”

By internalising pop culture and adding high value to these desires, it can be easy to forget about the real purpose of da’wah.

Instead of enticing people to Islam through the glittering prizes of money, fame and wealth, da’wah should simply be about sharing what’s at the heart of Islam.

“Like the Romans, who built temples to their home gods, ancestors, and emperors, our culture also creates temples to famous people. We live in a de facto polytheistic society. In the culture of celebrities, the goal is to get as near to the star as you can. Celebrity relics are sought after as magical talismans. People who are close to celebrities or who own their mementos anticipate a power transfer. They wish for magic.’

Chris Hedges, Empire of Illusion: The End of Literacy and the Triumph of Spectacle

The Qur’an reminds us that instead of satisfaction and peace, such devotion results in isolation and emptiness, from God oneself.

“Don’t be like those who forgot Allah so He made them forget themselves.” 59:19

The truth of God’s existence and the fact that He is worthy of our worship is already known through one’s innate disposition (fiṭrah).

However, the fiṭrah can be clouded by socialisation and other external influences. Therefore, it is our responsibility to remind ourselves of the truth.

This is what happens when Capitalism creeps into the Muslim mind: the commodification of da'wah, equating success with wealth, and the emergence of celebrity figures within the Muslim community. pic.twitter.com/QmErOltKcU

Social media is not inherently bad. It’s given rise to a great method of inspiring a large audience. We’re able to share and learn things at the click of a button.

However, we need to be careful about how we interact and utilise these tools for da’wah, and make sure we keep in line with our Islamic roots.