Data reveals 7 out of 10 Muslims are pro-vaccine 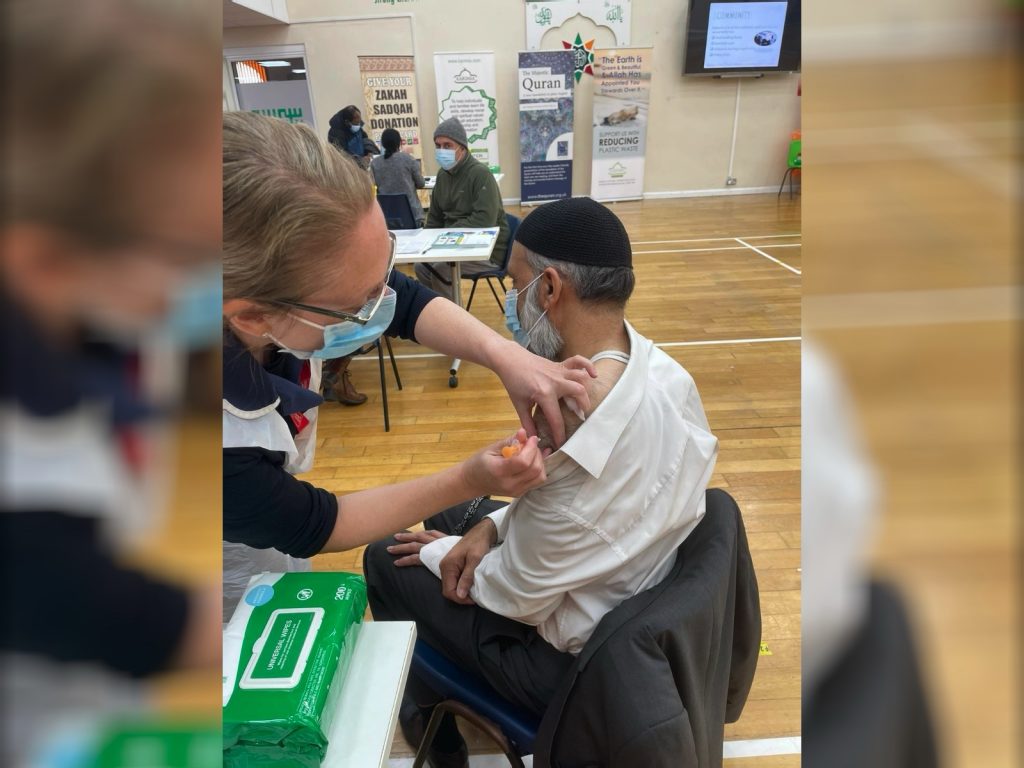 Data reveals 7 out of 10 Muslims are pro-vaccine

According to new research, seven out of ten British Muslims are either willing to take the COVID-19 vaccine or have already done so.

According to a Muslim Census organisation survey of 1,026 Muslims, 56% were able to take the vaccine, with 15% having already done so. On the other side, 16% were still undecided, while 13% were hesitant.

The data, which the authors of the report admit is only a snapshot of Muslim opinion, indicates that there is less vaccine apprehension among Muslims than previously thought.

People of Black, Asian, and minority ethnic backgrounds were over 20% less likely to choose to take the vaccine than their White counterparts, according to a survey published by the Royal Society for Public Health in the UK at the end of 2020.

SAGE published a much higher figure about the same time, stating that 72% of Black people and 42% of Pakistani/Bangladeshi people were reluctant to get the vaccine.

Despite the unexpected pro-vaccine findings, the high percentage of Muslims who are concerned about the vaccine (29%) still outnumbers scepticism in the general population.

According to a new YouGov poll, 86% of Britons are ready to take the vaccine, a figure that has been gradually rising as a media information campaign has ramped up.

Why are so many people reluctant to take the vaccine?

According to the Muslim Census, vaccine apprehension among Muslims is concentrated in the 28-45 age group, with 35% of those in that age group either uncertain or unable to receive the vaccine.

In terms of race splits, Black Muslims had the highest degree of apprehension, with 42% choosing “no” or “not sure.” The percentages of people who said “no” or “not sure” for the other ethnicities are as follows: 34% are Indians, 30% are Pakistanis, 22% are Bangladeshis, and 20% are Arabs.

The findings revealed that the main explanation for people’s apprehension about the vaccine was concerns about possible side effects (66%).

Fears about how rapidly the vaccine was made were the second most common concern (51%).

Click here to read more about the vaccine and if it is Halal and can be taken during Ramadan.