Conor Ibrahiem in conversation with The Invitation Magazine

Home
Community
Conor Ibrahiem in conversation with The Invitation Magazine 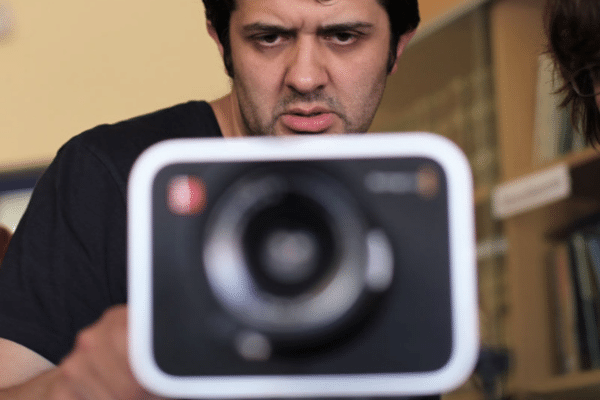 Conor Ibrahiem in conversation with The Invitation Magazine

Conor Ibrahiem is the founder of Bradford-based production company, Arakan Creative. Arakan was founded in 2009 and focuses on tales from within the Islamic world, the South Asian community, and other educational topics.

The Invitation had a chat with him to talk about acting, Islamophobia and support from within the Muslim community for his work..

The Invitation: What does the name Arakan mean and how did you come up with it?

Conor Ibrahiem: The name is a mark of respect to the Arakanese Muslims who have faced hardships in Burma, also known as the Rohingya.

TI: You started your career as an actor, what made you pursue production?

Conor Ibrahiem: As a kid, I took part in amateur dramatics. I did a BTEC in performing arts at college but failed to get into drama school. So, I did it the hard way and worked to get an agent and equity card on the back of my first speaking part, which was on Emmerdale. Over the next 14 years, I gained parts in most of the soaps (Eastenders, Corrie, Brookside etc) but the ‘breakthrough’ never materialised. So I had to look at other work and that’s when I started scriptwriting.

TI: What is the importance of Islam in your career?

Conor Ibrahiem: Islam is everything for me. I turned to my faith in 2001 I was still making my way in acting and I just didn’t know if acting was permissible. After much research, I concluded it was but there were some rules to consider; nothing illicit and don’t misrepresent history. Yes, it would restrict my roles but I wouldn’t compromise. Thankfully I had an understanding agent and not many roles were lost due to this, and it means I can look back with few regrets.

TI: Tell us about your debut film ‘Freesia’, addressing Islamophobia. What was your motivation behind making the film? How did the Muslim and non-Muslim populations react to it?

Conor Ibrahiem: The whole purpose of ‘Freesia’ was to grab Islamophobia by the horns and confront it on the big screen. Why did no other films address this evergrowing issue? Simply put, they didn’t want to since the “Muslim bad guy” is still a popular villain. I, for one, was growing tired of it. So, with support from the Joseph Rowntree Charitable Trust to combat Islamophobia, I set out to produce a play, 3 short films and a comic book.

I figured that with my £30k budget, I could make a feature out of the three short films. We got a 90-minute feature after spending £27,600 and filming over a tight 13-day schedule in Bradford, Leeds, and Keighley. It examines an Islamophobic attack on a Muslim scholar from three perspectives: offender, victim, and witness.

Although, Freesia is not based on a true story, the major attack was closely based on the horrific murder of Mohammed Saleem by a far-right extremist in Birmingham in 2013. I made the decision to contact Mr Saleem’s family and dedicate Freesia to him.

The response from a diverse audience was overwhelmingly good; it was balanced, truthful, and emotive. I was able to get into ten UK cinemas, numerous community events, and Princeton University in New Jersey, and I even won some awards and appeared on BBC Breakfast, Alhamdullilah. I have two sequels planned, but money is a factor.

TI: Arakan Creative has published ‘The Abrahamix,’ a comic book featuring characters from the three major monotheistic faiths. What was the basis of the comic’s and individual characters’ inspiration?

Conor Ibrahiem: Why don’t we demonstrate how the three Abrahamic faiths can unite to combat evil? Wouldn’t it have been incredible if Prophets Musa, Isa, and Mohammed (Peace Be Upon Them) were all alive at the same time in history? As a result, the ABX pays respect to that concept.

TI: What are your future plans?

Conor Ibrahiem: My aim is to continue to remain relevant and try my best to change the world. To always improve as a person, a Muslim, a family man, and an artist.