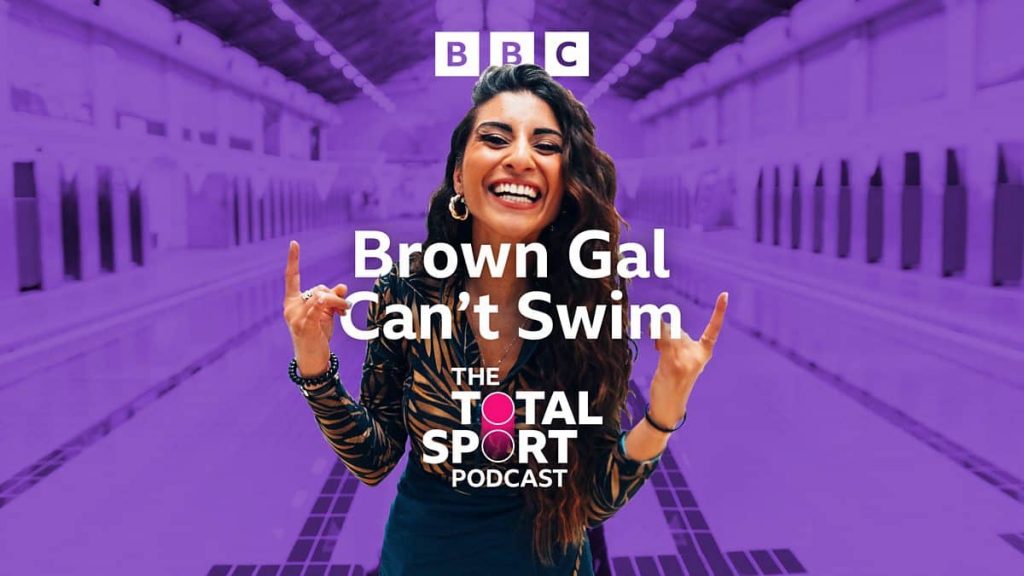 In a six-part podcast, Summaya explores why she can’t swim, and the barriers other south Asian Muslims face that stop them from learning.

It was a personal journey, with her father, brother, and best friend also speaking on the podcast.

She wanted to face her fears and challenge herself to learn to swim in only eight weeks.

With the help of two Olympic swimmers, Rebecca Adlington and Alice Dearing, Summaya swam 500 metres in open water and conquered her fear of swimming.

Whilst Summaya consciously overcame her fear of swimming, many others do not.

Research by Sport England in 2020 found that 93% of Asian adults and 78% of Asian children don’t swim.

We caught up with her to talk about her journey.

It must’ve been a really emotional journey for you, and must’ve taken you back to being a child. What kind of emotions did it invoke?

You’re absolutely right. I rekindled with seven-year-old Summaya. I actually went back to the pool I went to when I was a child.

The reason I decided to go back to that pool and have my first lesson as an adult was because that was the pool I was scared of as a child.

In my first swimming lesson, I was crying.  It was emotional. This is something that I’ve kept to myself for 20 years!

Imagine going on holiday with your friends and avoiding swimming, avoiding the water, and making excuses about not getting your hair wet.

There were so many emotions that I experienced over that eight-week period. by the end of it, I had to swim 500 metres in open water in a lake in October when it was cold.

The reason I chose to swim in open water is that every year, people find themselves in open water, and it has claimed lots of lives.

It’s not to say that if you can swim that you would be absolutely fine. But if you don’t even know the basics then you don’t stand much of a chance. 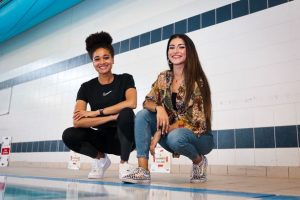 What are some of the barriers you think South Asian Muslims face when it comes to swimming?

I think there are a few things. Let’s start with the generational argument. My dad was born in Pakistan.

When we look at the extracurricular requirements, in the UK versus Pakistan, swimming is not on the curriculum.

When he came to this country, he didn’t have that skill, and he raised me for the latter part of my life.

If my dad didn’t learn to swim, he’s not going to pass that skill on to me.

One of the things I learned from this journey was I spoke with an Islamic scholar and he told me it is a mustahabb, to swim.

A mustahabb is something that is considered desirable in Islam.

There are four sports in Islam considered a mustahabb. Archery, wrestling, horse riding and swimming.

This blew my mind. It is incredible that religion is encouraging you to obtain a skill that can save your life.

On the flip side, we may also see elements of our religion as potential barriers. But they don’t need to be. For example, modesty.

There are modest swim options available to us that aren’t just a burkini. It depends on how close you are to your faith.

I don’t wear a hijab. So when it came to me learning to swim, I wasn’t going to wear a burkini as it doesn’t reflect me.

I  don’t want to wear a normal swimming costume with my arms, my legs and everything else out, but I’m not going to wear a burkini. Could I find something in between?

Yes, and alhamdulillah, I found a local woman who was making swimwear which was a hybrid between a burkini and a regular swimming costume.

It’s important for me to stress that wherever you are on the modesty spectrum, there are options available to you.

Another barrier maybe there aren’t female-only swim classes around you. If there aren’t, you need to talk about it.

Unless leisure facilities see that there is a demand, they’re not going to accommodate. 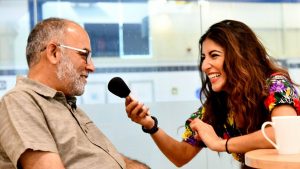 How do you plan to carry on the momentum of Brown Gal Can’t Swim?

I think it’s important to now work with grassroots organisations to continue the conversation.

One of the practical things I’d like to work towards is working with local councillors to get signage at every single pool to show what you can and cannot swim in.

At the moment. I don’t think people know. That’s not just for Muslims, but for anyone that may be a bit body conscious and doesn’t know what to wear.

My dad learned to swim on the journey with me, and he wanted to wear a t-shirt, not because Islamically he should, but because he’s got a hairy chest and a bit of a belly!

You can catch her on BBC Radio Leicester from Mon – Thurs, 10am till 2pm.