Being mindful in a foggy misty world: The meaning of Taqwa (Part 1)

Home
Personal Development
Being mindful in a foggy misty world: The meaning of Taqwa (Part 1) 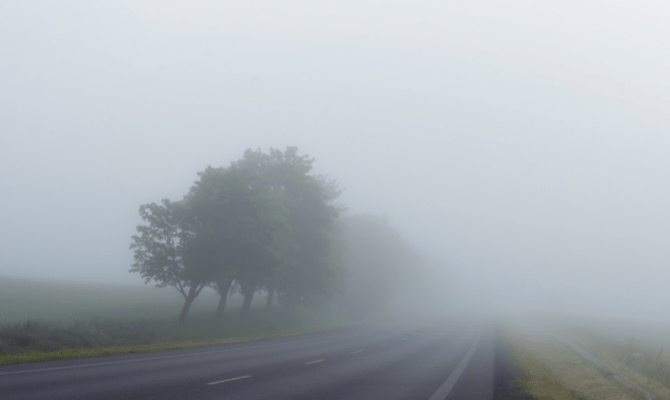 Being mindful in a foggy misty world: The meaning of Taqwa (Part 1)

Awareness is central in our daily activities and even more so in prayer, meditation, zikr, recitation of the Quran. This state of awareness is described by the Quranic term Taqwa. Here I will explain its meaning and rewards to encourage you to take it on, to be pious and devout.

Generally, we’re unaware of the noises and scenes around us, we tend to ignore them. We’re on “auto-pilot”. Similarly, in spiritual matters there is a low level of awareness of the reality, there’s a fog, a mist, a kind of blindness, that’s how The Majestic Quran describes the disbeliever. This state of haziness hinders the believer to perform duties attentively. Taqwa is the antidote to this lack of awareness and focus.

The word Taqwa is derived from the Arabic verb ‘ittaqa’ and its derivatives occur 230 times in the Quran, it means; to be aware, be on guard, protect oneself from harm. Its imperative form is ‘ittaqoo’, it appears 69 times. This repetition emphasises the significance of Taqwa. It is defined as “carrying out Divine orders and staying away from the forbidden”. Implying, to protect oneself from sins. The believer is ever-alert, on his guard, careful of falling into temptations of the self and the traps of the Shaitan. It is a state of alertness, awareness and attentiveness. This leads to the idea of ‘fear of Allah’ a common meaning of Taqwa. A Muslim fears to displease his Lord because he believes that there exists a beautiful scheme of things, a Divine pattern. But he can only conform with his Divine pattern if he meticulously follows the Shariah. This compliance with Shariah and the avoidance of sin is Taqwa. A believer is serious about religion as a worldly man is serious about business or career! The Quran uses it to convey inter-related meanings: faith, repentance, obedience, shunning sin and purity of intention.

The Quran tells us:

Taqwa is used for trust as well.

Above, the meaning is the purity of intention.

Ibrahim ibn Adham said, “Taqwa is when people shouldn’t find fault in your speech, the angels shouldn’t find fault in your actions and the angel of throne doesn’t find fault in your motives”. Imam Al Waqadi defined Taqwa as “You decorate your inner-self with pure thoughts of the Lord as you would dress up for the people” and here’s an interesting definition of Taqwa “Your Lord should not see you in a place that he has forbidden nor find you absent in a place that he told you to be”. Abdullah ibn Umar was asked to explain the meaning of Taqwa, he replied, “Taqwa is when you walk a narrow steep path, hemmed by thorny bushes, you tread very carefully so your clothes aren’t torn by the thorns and you ‘re not injured”. An apt simile for illustrating the meaning of Taqwa. Life is like a journey along a narrow, steep path, hemmed on one side by selfish desires and the other side by the Shaitan, extreme caution is needed to avoid falling into traps.

The pious in the Quran

Taqwa is a state of mind in which one is aware of their duties. Hence a Muttaqee is cautious, like a soldier walking in a minefield, absolutely focused. The Quran describes the Muttaqeen as:

They believe in the unseen, have a deep faith in Allah, and the day of Judgement. Secondly, “they pray regularly.” Thirdly “they spend from what we gave them”. They are generous, give up their time, talent and treasure to the less fortunate, they give unselfish service to fellow humans.