Are Science and Religion compatible? 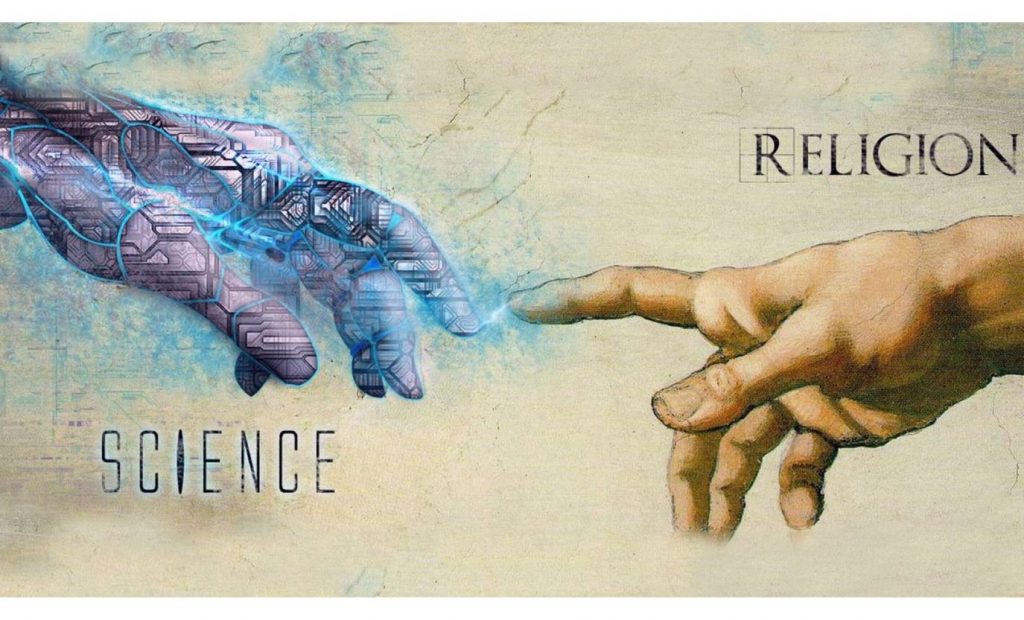 Are Science and Religion compatible?

As part of the interfaith week, Nottingham Trent University’s interfaith team hosted an event regarding science and religion.

Nick Spencer from Theos, a group dedicated to conducting research and beginning dialogue around faith and contemporary issues, presented why we need to think deeply about the terms ‘science’ and ‘religion.’ They are not as black and white as initially seems.

After this, a panel discussion of faith leaders spoke about how their religion interacts with science. On the panel were representatives of Islam, Catholicism and the Baha’i faith.

It was a thought-provoking evening, and everybody left in a pensive state.

The core of their research was interviewing a hundred or so eminent academics, leading scientists, and philosophers and trying to get them to describe what is science and what is religion.

They also commissioned YouGov to conduct a questionnaire, in which 5,000 participants took part.

To read more about their three year project about Science and Religion, click here. 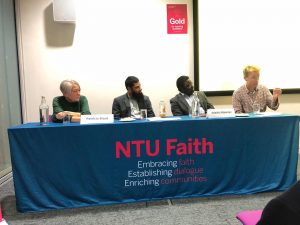 Nick described preconceived notions of the terms science and religion as a pavlovian way of thinking.

He presented examples of how media bias is complicit in skewing the truth, and how this directly affects our belief systems. Seeing his personal examples of the truth vs how it was reported highlighted just how sinister the media can be in moulding our minds.

Many people have cornered themselves into a reductionist way of thinking about both matters.

Often people think of religion as abstract, fairytale and illogical, with no place in an advanced society. Science on the other hand is seen as the epitome of logic, fact, and tangibility.

Unless we research these topics extensively, it can be easy to believe these stereotyped schemas.

However, there is a lot more to science and religion than meets the eye. We need to go beyond faith vs fact, natural vs supernatural, and material vs spiritual.

We may think we know what science is but guess again. Science isn’t just laboratory research, dependent variables and fact.

It can be that, but the spectrum extends so vastly. Science can also be social, artistic, and conclusions can be met through theory and hypothesis.

Most importantly, science can also be falsifiable.

Not long ago, scientists believed the earth was flat, and anyone stating otherwise was ridiculed.

In the age of scientific discovery, many people believe science to be the truth. However, science isn’t the only truth.

It is possible for science and religion to co-exist, and there are plenty of examples of this if one looks beyond the media bias, fearmongering and agenda-setting of the modern day.

Islam particularly is synonymous with scientific discovery. The Quran reveals many things about the world that science was only able to verify later on.

Such things include how the earth was formed (big bang), the science behind the creation of the pyramids and the origin of life.

“We made every living thing from water? will they not believe?”[Quran, 21:30]

There is also a rich history of Muslims advancing science to be where it is today, with the likes of Abu Ibn Hayyan being the founding father of chemistry and the first university in the world being founded by Fatima el Fihri.

Muslims are also encouraged to go out and seek knowledge, read, and be inquisitive about the land we’re on. The first word of the Quran is Iqra – read.

In fact, all three faiths that spoke on the panel highlighted that religion doesn’t operate outside of facts and science, but works in tandem with it. This logical thought process is one of the many reasons that people are attracted to faith.

There is pressure in the 21st century to pick a side. Whether this is regarding politics, football or food, it is the way in which we operate.

Thus, the idea that one must pick either science or religion to side with has created barriers and has turned intellectual dialogue into defensive arguments aimed to hurt one another.

There is more than meets the eye in this conversation. Theos sums it up:

‘In science and religion debates, what you need is two groups of people on either side who are willing and open to have a hospitable and humble conversation and that’s very often not the case. I think a little bit of intellectual humility would be helpful.’