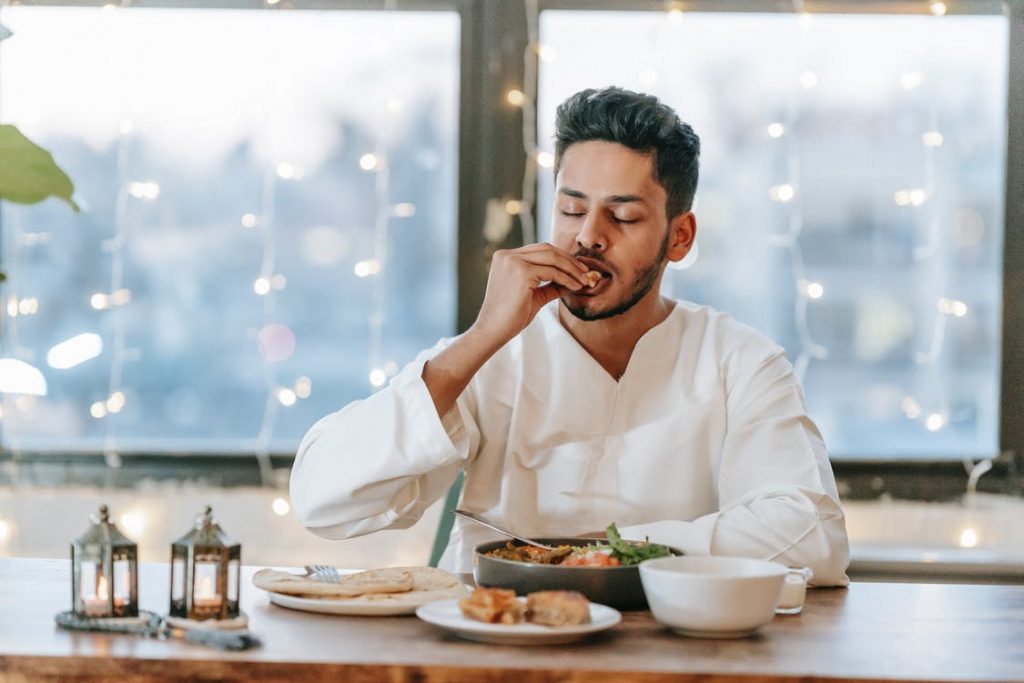 Whilst Eid al-Adha is all about remembering the sacrifice of Prophet Ibrahim through togetherness, doing Qurbani and paying Zakat, there are other practises we can implement when it comes to celebrating. Here are 5 Sunnah practises for Eid al-Adha.

Eat an odd number of dates

Following in the Messenger’s footsteps (pbuh), he used to eat an odd number of dates. In a Hadith, it was narrated that

This is also to emphasise the fact that fasting is not permissible on Eid day.

Do ghusl before the Eid prayer

It was narrated in a Saheeh Hadith in al-Muwatta’ and elsewhere that;

Al- Nawawi (may Allah have mercy on him) said that Muslims unanimously agreed that it is mustahabb to do ghusl for Eid prayer.

The reason why it is mustahabb is the same reason for doing ghusl before Jumu’ah and other public gatherings.

For those who are unfamiliar with it, Attar is a special fragrance for men. The beloved Prophet (pbuh) applied Attar on Eid occasions. Using Attar (non-alcoholic perfume) is a Sunnah and is also highly recommended for men as it creates a pleasant aura.

Do takbeer on eid prayer

It is highly suggested to echo the takbeer when welcoming Eid from the night before to the morning of, before doing the Eid prayer. Know that the benefits of takbeer can be felt not just for ourselves, but for those who echo or others who hear it.

In a narration, it is mentioned,

In another narration it’s stated