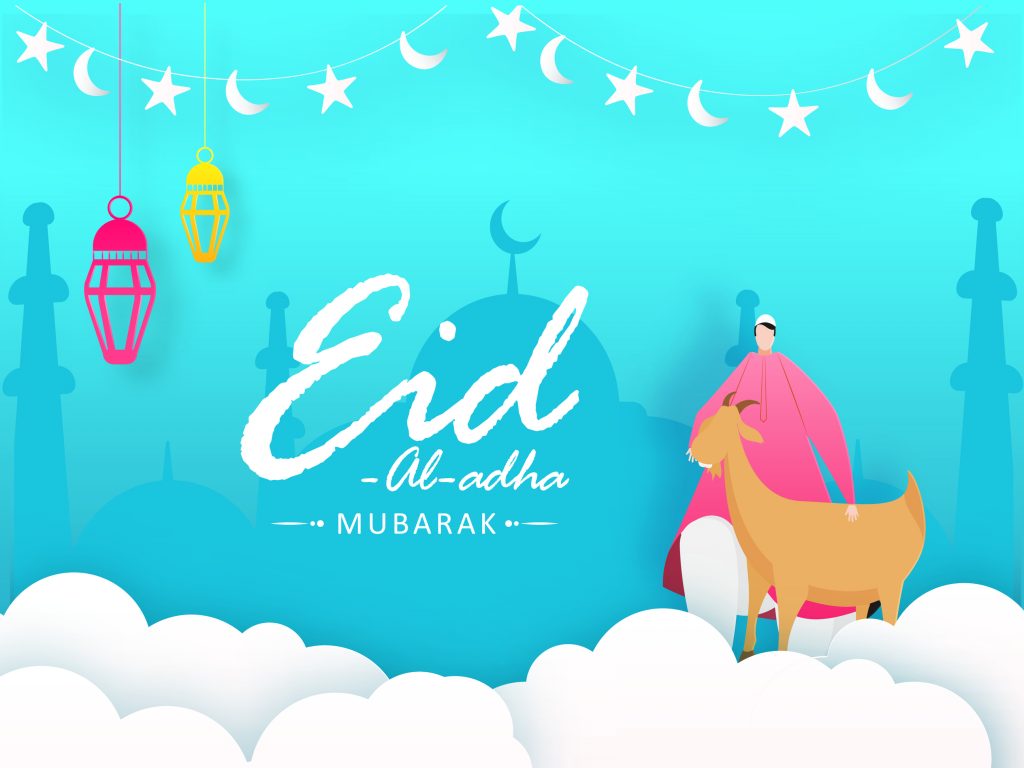 Rafia Tahir provides blog-writing and copywriting services. Her educational background in the technical field and business studies helps her in tackling topics ranging from career and business productivity to web development and digital marketing. She occasionally writes articles for Gas Safety Certs.

Qurbani means sacrifice. Qurbani is a sacred Muslim ritual of sacrificing Halal animals on Eid-al-Adha. Every year during the Islamic month of Dhul Hijah, this religious tradition is followed. Muslims across the world, for the will of Allah, slaughter an animal as a tribute to the Prophet Ibrahim’s willingness to sacrifice his son Ismail.

Things to know before cooking an animal on Eid al-Adha:

This Eid brings many opportunities to invite family and friends and enjoy delicious food whilst making wonderful memories on the lawn of the dining table. Eid-al-Adha is all about sacrifice, meeting loved ones, feeding others and sharing what one has.

Along with Eid celebrations, the most important question is how to distribute, handle and cook the Qurbani meat.

1. Distribution of the Slaughtered Meat:

The distribution of Qurbani meat is more important than its cooking. Within Islam it says to divide the Qurbani meat into three sections. Distribute one section among the poor, one to the relatives, and set aside one for yourself.

Next, the handling of the meat is important, because no one would want to face gastrointestinal problems if the freshly cut meat is not handled and stored with care.

The fresh hard meat is good to be stored in a freezer, but not good for eating immediately. It’s not only about stiffness, but also the taste of hard meat is not good and might harm your stomach. The best thing to do is to set aside the freshly cut meat and let it dry. After that, cut it into chunks if you want to marinate it for the BBQ or grill.

So now the question comes, for how long shall you let the meat dry? Preferably, it is advised to wait for one day (24 hours) for Zabiha meat to settle down, however, there are many external factors to consider, e.g, the temperature outside. If you are eagerly waiting to cool your food, wait a minimum of 12 hours to let the meat settle.

4. Cool Down The Fresh-Cut Meat:

Let the meat rest for a maximum of 24 hours and a minimum of 12 hours in a cool and airy place before doing anything with it. What you can do is put the fresh-cut meat in a tray and spread it thin to allow it to cool. Once the meat has gotten to room temperature, store the meat in a fridge or freezer. This advice is given by professional meat experts.

Once you’ve cut the meat into pieces, put them in freezer-safe bags or containers and store them. The most important thing is not to use too thin material to wrap the meat when storing it in the freezer for a longer period. If the covering is too thin or is not of the right material, it can result in a freezer burn. A freezer burn is a small grayish spot on the meat which dries out the meat.

6. Handling The Meat For BBQ:

8. Never Put The Defrosted Meat Back In The Freezer:

Make sure to take out the exact amount of meat you need. Once you take out the meat and let it defrost, you cannot put it back in the freezer. When you freeze, defrost and refreeze the meat, the second defrost will break down the cells, which results in moisture and changes the taste of the meat.

Before you store the Zabiha meat, do not wash it. If the meat has dust on it, it’s better to cut that part, instead of washing it. Washing fresh meat is problematic in and of itself because bacteria in the dirt can get into the meat and contaminate it. Bacteria, once again, prefer warmth and moisture, so avoid washing them to save yourself from illness.

Once you are done with the meat, cut the bones into small enough pieces to fit in a pot and boil them for a few minutes. When the broth has finished boiling, turn off the heat and set the pot aside to cool. Pour the bone broth into smaller freezer-safe containers, and you have one of the most potent and vitamin-rich broths that can be saved and added to any type of dish later.

Sacrificing in the way of Allah is the best feeling one can ever have. Have a great Eid al-Adha!